This is the adaptation of Hector Malot’s French novel Sans famille (1878). The adventures of the young Rémi, an orphan, collected by the gentle Madam Barberin.  At the age of 10 years, he is snatched from his adoptive mother and entrusted to the signor Vitalis, a mysterious itinerant musician.  Has its sides, he will learn the harsh life of acrobat and sing to win his bread.  Accompanied by the faithful dog Capi and of the small monkey Joli-Coeur, his long trip through France, made for meetings, friendships and mutual assistance, leads him to the secret of his origins.  Written by Hugo Van Herpe.  Cast:  Daniel Auteuil, Virginie Ledoyen, Ludivine Sagnier, Jonathan Zaccaï, Jacques Perrin, Maleaume Paquin 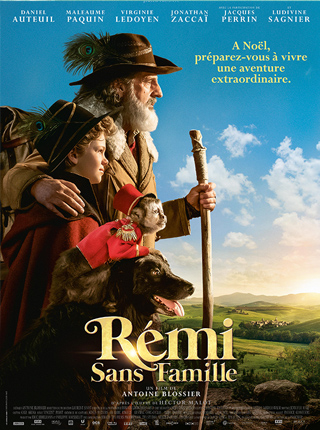