In 2002, the Desert Film Society was founded to promote film appreciation in the Coachella Valley. The society has provided its members a platform for the discussion of the art of film and film craft, educating them by offering international and cutting-edge independent cinema and often hosting writers, directors, cinematographers, screenwriters, editors and producers from award-winning global film festivals to engage the audiences in Q&A sessions following the films.

French-language films have been embraced by DFS members and the community of film enthusiasts. Beth Ellen Fromm, Executive Director of the Desert Film Society, has served as the Executive Producer of Cinéma Français PS and curated a collection of new French films for a weekend of concentrated French cinema. The Palm Springs Cultural Center is the presenting sponsor and with Desert Film Society will again present a weekend of feature-length as well as short films; continuing the introduction of new French-language films by award-winning filmmakers.

Cinéma Français is presented by 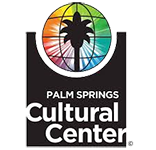